How To Live In Your Home During A Remodel 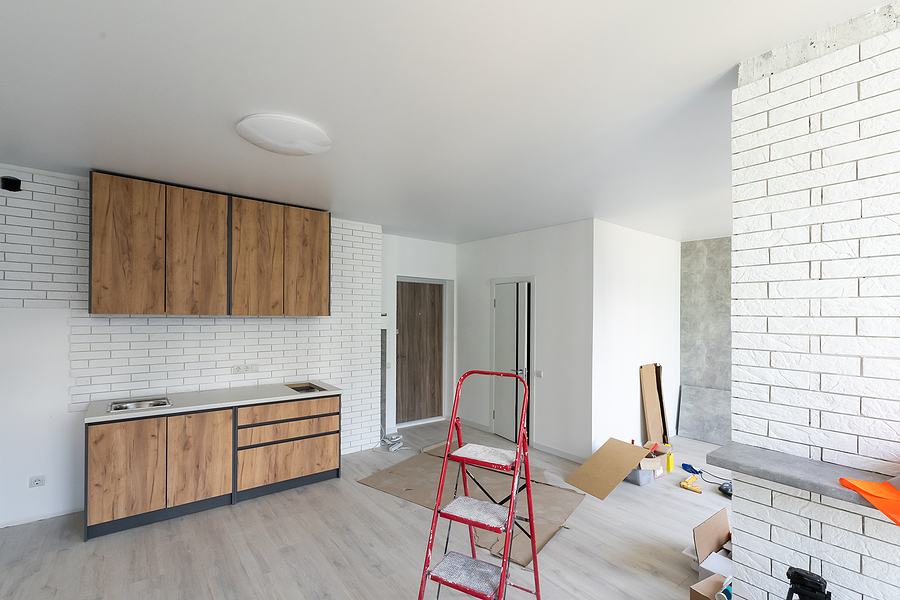 For most people, when it comes to planning a remodel for kitchen and baths, especially if it’s for both, simultaneously, the ideal time to do this is before moving in. Under these circumstances, the remodelers can work as they need to, with no one’s daily routine being interfered with during the day.

However, that’s not an option for everyone, especially those who have been saving up for a few years to finally turn a kitchen, bathroom, or both, into the rooms they’ve always wanted to enjoy within their own home. Staying at a hotel or other lodging is costly, especially when adding in the significant cost of remodeling kitchen and baths, so what to do?

Here are a few ways to survive living in your home while the kitchen and baths are being remodeled.

You may want to set this up in another space such as a basement, if available and accessible, although any room will do. You don’t want to be eating out the entire time that a kitchen remodel is occurring, but at the same time, you won’t get access to your new fixtures until they are installed while the old ones have been removed.

At minimum, you’ll want to consider getting for your emergency kitchen these items:

These will cover all the basics, with the hotplate allowing for some cooking, while the microwave is good for all-around heating, and the toaster oven can cover some modest baking needs. For efficiency, some toaster ovens are now combination air fryers, which opens up your cooking possibilities.

Additional appliances you may want to consider include:

These fall more under the “nice-to-have” category. However, for people who insist on drinking coffee over the day, the coffeemaker may be considered a mandatory appliance. An Instant Pot adds more cooking options, while a portable dishwasher makes it much easier to clean dishes without having to resort to using a bathtub, or bathroom sink, especially if those fixtures aren’t available to you either because you’re having the bathroom remodel done at the same time.

If you have more than one bathroom being remodeled, it’s possible to use one while the other is out of commission. On the other hand, if you’re adding an additional bathroom, then have the work done on the new bathroom so that it’s available before you remodel the existing bathroom and lose access to your bathtub and toilet.

Generally speaking, toilets will be unavailable during the day, when work is being done. However, they are usually restored at the end of the day so residents can use them during the evening.

The shower, however, is another matter, as bathtubs and shower stalls may be unavailable for weeks. Fortunately, temporary showers can be installed in the basement or other areas to use in the interim.

Some inconvenience is unavoidable during any remodel, but it can feel particularly challenging if you’re living through both a kitchen and bathroom remodel. With patience and perseverance, however, you’ll get to the other side.