Should You Have A Kitchen Island Counter? 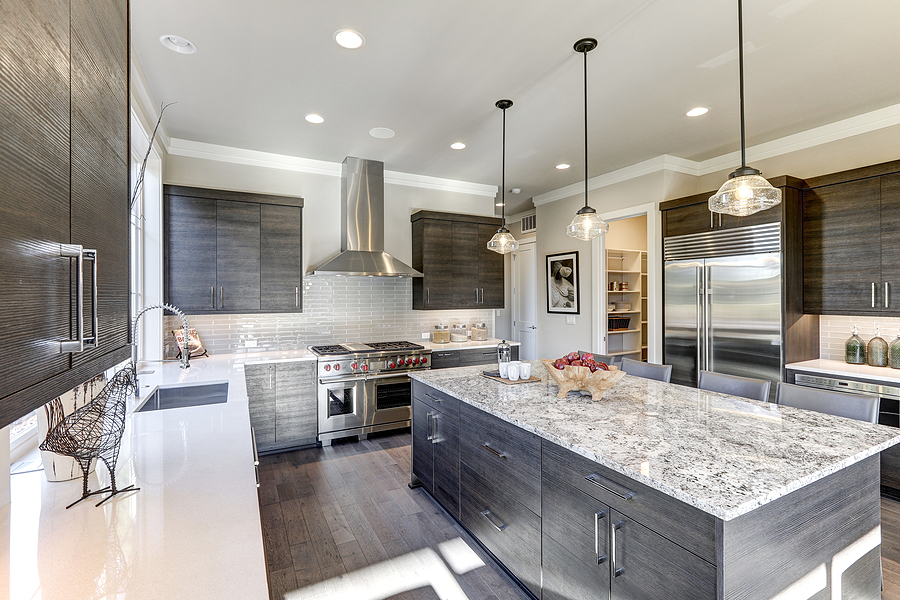 If you’re thinking of working with a kitchen remodeling contractor on your home, one thing most people do almost without question is start considering their kitchen island counter. This may mean either having one installed in a kitchen for an older home that’s out of date or improving the existing island counter that’s already there.

The island kitchen counter first crept into American home consciousness in the post-war period. As innovative architects like Frank Lloyd Wright designed more innovative homes, the role of the kitchen changed. In the past, the kitchen was considered a workspace only, with meals moved to a dining room once they were ready. As suburbia gained traction in American culture, the kitchen gradually involved into a social space.

By the 80s and 90s, the island counter had solidified as a fixture for meal preparation and consumption, socialization, and even memory making for parties and family events. Today, it’s a sign of 20th century thinking to see a kitchen without an island counter. Most people automatically want a kitchen remodeling contractor to add one if it’s not present.

Depending on how you use your kitchen, the island counter can be an additional area for either meal consumption or meal preparation.

It’s also possible for an island counter to act as additional storage space. Depending on your chosen structure, you can use the island counter for more cabinetry.

As intended, the island counter, with seating, can also be a social space. This is where family and friends can eat together, freeing up the dining room for other uses.

They’re not an absolute win on all fronts for all the advantages that island kitchen counters have. Some negative consequences can come from having an island counter, depending on your home.

This is a significant consideration for smaller homes. For example, if you live in a condo, your kitchen space is already small, and an island counter here might do more harm than good.

The “kitchen triangle” ensures that an easy workflow is established between all areas of the kitchen. Poor placement of an island counter can disrupt this natural workflow, making cooking more difficult.

If you’re ambitious and you’d like to install a stove and range, or a dishwasher in the island counter area, this means more work. Water pipes, electrical wiring, and other considerations have to be made, making the process more expensive and complex.

It’s always a good idea to talk to an experienced kitchen remodeling contractor about an island
counter and its usefulness to your kitchen.